There were many good speakers throughout the weekend including my old friend Dave Walton, who presented his current research in a presentation with the intriguing title, Blood, Spit, Hair, and Poop: How Novel Biomarkers Are Shedding New Light On The Transition To Chronic Pain.

I met Dave long ago (2005) when we were starting up the PainScience Division in Canada. Here's the story in point form.

Anyway, this year at the summit Dave showed up!! It was good to catch up with him. He has published a book, had it there for sale, was signing it.


THE LIVED EXPERIENCE: A CONVERSATION ABOUT PAIN

Joletta Belton and Keith Meldrum co-presented The Lived Experience: A Conversation About Pain. Both of them had harrowing experiences, not just with their lived pain but with its exacerbation by well-intended but humanity-less medical "systems" of care.
I know those systems quite well, was part of them in younger newly-graduated days.
They do tend to suck away the soul; my training as a physio did not equip me to handle other peoples' souls very well. I would advance the idea that we are all trained to be operators, working from concepts only, doing stuff to people, instead of interactors, knowing boundary skills on how to be with people. After a while, I realized that "systems" would be the death of my own humanity, so I went private, where I could salvage and deploy whatever was left of it. But when you are a helpless patient they are the mental meat grinders you are forced to go through, for better or worse - great for keeping you biologically alive but not great at helping you become un-shattered psychosocially; in fact, they can make those components of the lived pain experience much worse.
I have concluded, after 50 years of being a physio, that these "systems" evolved to provide space and distance to protect helpers from the angst and pain of the people they are presumably trying to help, but they backfire bigtime for the person enduring a lived pain experience.
Mostly.
Not always.
But mostly.
You can watch their presentation (and presentations by others from previous years) here.


KNOW IT, OWN IT, CHANGE IT - TRANSFORMING THE WAY WE THINK AND DO HEALTH AND HEALTH CARE FOR THE GOOD OF ALL

This panel was with Sandy Hilton, Mark Milligan, Maxi Miciak, and Uchenna Ossai. They tackled topics of discrimination, white fragility, redlining, systemic barriers to health care, institutionalized racism, colourism; all the psychosocial stressors people in marginalized communities and identity groups put up with daily and take a huge health toll. This is hugely educational. You can watch it for free at this link.

All the presentations were great. Rajam has made ALL the summit presentations, to date, available by paying her only a few hundred dollars. Six summits worth of high-value education, for just a few hundred dollars. She wants the world to transform itself toward better health care. Not just talk about it, but DO IT! You can gain access to this amazing body of education at this link.

This fall's SD Pain Summit East, in Charlotte, North Carolina, is at this link. Sign up now.

Next year's San Diego Pain Summit in San Diego is at this link. Sign up now.

Thank you Rajam, for everything you do. See you next year!! 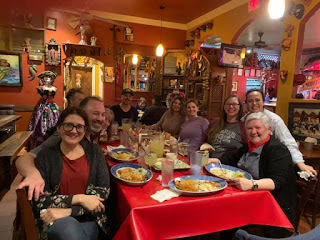