SEE ALL PREVIOUS BLOGPOSTS IN THIS SERIES LISTED AT THE END

Conclusion
Congratulations, everyone who stuck with this exercise - we have reached the end!!

Have you ever felt trapped by your own limited understanding of something? Then a paper appears? And you decide you are going to chew down on it, until maybe something finally sinks in?
I wanted to fathom Melzack's vast understanding of pain, or at least try to. His new paper with Katz, Pain, has been the boat we've sailed in, all the way up the river, all along.


I like to think it took us up into Melzack's brain, right into his headwaters. Yes, the metaphor is clunky, but I like it.

So, who cares?
Well, life is still a mystery. Most people enjoy life passively; they float relaxed along the river of their own life, arms and legs draped over their own inflated inner tube of contentment or complacency, right out to the end of it, then out into the ocean of who-knows-what, upon dying.
At least, that's how it looks.
There nothing inherently wrong with that.
Life can, however, also be about asking questions and carefully considering answers, putting in some effort, traveling up the river instead, to find out where the questions arose in the first place. The answers might change, or new questions might arise.

A lot of science also looks like people just going with the flow.
Once in awhile, though, you see someone like Melzack turn around and go upstream and surmount hurdles to learn where the questions come from, and maybe find answers, maybe not, maybe just more questions. This makes life way more interesting.
I don't conduct any science, but I do enjoy watching it, and I admire everyone who has mapped new territory, or come up with new questions.
My own life has been about treating people in pain, so, pain is something I'm acutely interested by, which is kind of like swimming upstream in lots of ways.
I became fascinated by Melzack, by his model. It is brilliant, the way it puts a person with pain squarely in the middle of their own situation, gives them locus of control. It is brilliant, the way it gives clinicians like me the means by which I can hand to the patient sovereignty over his or her own body, and then do my job, which is to assist and support and be a consultant.

Melzack had to move against the current and portage around rapids and waterfalls. He was no doubt bumped by legions of researchers all floating along in the conventional direction. But he knew the answer wouldn't be found at the ocean; what he examined convinced him that the model itself had been wrong, all along. So he decided to change the course of the river instead.  To do that he had to travel to his own headwaters, first - he has left a map that others can use if they want. He has shown the world of pain science, and the world of those of us who treat people with pain, a new way to think about pain.

Now, as an ordinary human primate social groomer, I've got to say, also, it's not easy to go against that massive deluge of papers all built on the model of pain being an input. You have to be a salmon and go upstream, against the current. So we did try, and hey! we made it! If we can make it to headwaters, then probably anybody can.
...................

Let's revisit each of the four conclusions Melzack reached, that convinced him it was high time to let go of Descartes' ideas on pain and move to a new model, one that considered pain from all the angles that the old model simply ignored or couldn't account for.
Each represents a kind of headwater.
Here they are, once again, from blogpost 10 in this series:


"First, because the phantom limb feels so real, it is reasonable to conclude that the body we normally feel is subserved by the same neural processes in the brain as the phantom; these brain processes are normally activated and modulated by inputs from the body but they can act in the absence of any inputs.

Third, the body is perceived as a unity and is identified as the ‘self’, distinct from other people and the surrounding world. The experience of a unity of such diverse feelings, including the self as the point of orientation in the surrounding environment, is produced by central neural processes and cannot derive from the peripheral nervous system or spinal cord.

Fourth, the brain processes that underlie the body-self are ‘built-in’ by genetic specification, although this built-in substrate must, of course, be modified by experience, including social learning and cultural influences. These conclusions provide the basis of the conceptual model18,19,21 depicted in Figure 3."

What are headwaters?
They are simply the places where rivers begin.
Headwaters aren't fancy or impressive, most of the time.. they're small. They are where water collects and drips into puddles and becomes stream. They depend entirely on gravity and gradients to be able to flow, and grow. If they can converge, flow and grow faster than evaporation can take their constituents back up into the air, then, my friends, we have ourselves the start of a river, perhaps one that can become mighty some day.
.................


Maybe Melzack's question and his conclusion about phantom limb pain started this way. Abruptly. Like a metaphorical whack on the side of the head. Maybe he suddenly realized, huh! the brain generates its own experience of being in a body. We don't need a body to feel a body.


The kind that don't look like anything at first

Some headwaters are so small you could miss them entirely. They're just a wet spot on some ground somewhere.
Maybe this is a visual metaphor for what Melzack means when he says, Your brain, not your body, tells you what you're feeling.  Anything your senses can tell you, your brain can also tell you.

You wouldn't have a clue this was the Colorado River if you didn't know from the caption and the link. The meaning-making part of your brain tells you it's river. Not your senses. By the same token, you can imagine the word "river" and have all the associations of "river" arise instantly in your brain, including an image of the Colorado River, specifically. [I.e., I'll never be able to get this fabulous picture out of my head, ever.]

Some headwaters are distinct and beautiful; already a "river," small, maybe, but vigorous and impressive.


This is my visual metaphor for Melzack's third conclusion, that there is unity of body and self, against the outside world. Even if it is only just an illusion.

Maybe Melzack's consideration of genetic specification that leads to a unique neurosignature is like this kind of headwater. Genetics result in a mushrooming of potential into actual. Epigenetics record interaction of that physicality with its environment over a lifespan. Genes are small but their "product" grows over time. Melzack says, in the brain are networks of cells, perceiving mechanisms, that already exist and expect certain inputs, are built to match them with temporally appropriate, timed outputs, which together comprise a body-self that exists to recognize and learns to protect itself. It is easily manipulated, dislocated, however. The brain generates its own experience of being in a body.
We don't need a body to feel a body.

Here is the last section of Melzack and Katz's wonderful review paper, the section titled Conclusion:


"We have traveled a long way from the psychophysical concept that seeks a simple one-to-one relationship between injury and pain."

We sure have.  Thank you for that, Dr. Melzack.


"We now have a theoretical framework in which a genetically determined template for the body-self is modulated by the powerful stress system and the cognitive functions of the brain, in addition to the traditional sensory inputs."

Yes. It's a lovely stretchy concept that will stretch to hold whatever pain science manages to throw at  our society from now on. It has room enough for everything that could possibly come down the chute at it. It's useful to everyone - not the least, those of us who work with live conscious people eager for information and willing to take on being head of their own team, subjects with a vested interest in overcoming something very personal to them - their own pain. Why? Because it includes them as part of their own recovery! It doesn't set them or their pain apart in a third-person way as an "object" to be "fixed" by a "specialist." That never worked very well anyway... see history of pain science, all of part 6.


"The neuromatrix theory of pain—which places genetic contributions and the neural-hormonal mechanisms of stress on a level of equal importance with the neural mechanisms of sensory transmission—has important implications for research and therapy."


"An immediate recommendation is that interdisciplinary pain clinics should expand to include specialists in endocrinology and immunology."

Yes. Clearly pain includes input by other systems in the body (maintained homeostatically by other parts of the brain) as well as a nervous system directly sensing and modulating itself.


"Such a collaboration may lead to insights and new research strategies that may reveal the underlying mechanisms of chronic pain and give rise to new therapies to relieve the tragedy of unrelenting suffering associated with needless pain."

We have reached the end of this blog series. Thank you, anyone who stayed with me for the whole ride. Now, it's time to .... 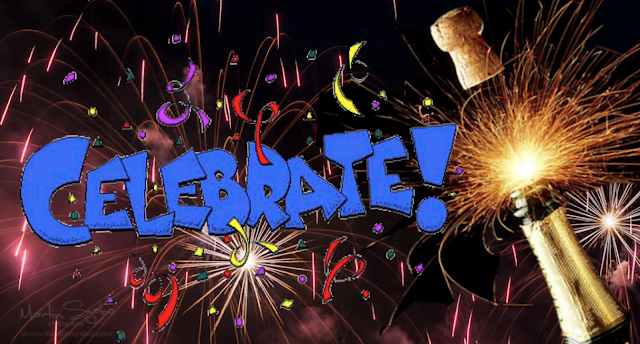 OCTOBER 13/ 2013:
(Happy Thanksgiving, everyone in Canada..)
I've popped back into this series to add a link, without with I do not think this blog series would be complete. I don't know when it was published, but I want to include it for sure: It contains forty pages of comments by researchers acknowledging the man's contributions to pain  science, even if they were on a different tangent than he was/is.

Part 8: Beyond the gate: Self as mayor Part 8b: 3-ring circus of self Part 8c: Getting objective about subjectivity

Part 10: "We don't need a body to feel a body." Part 10b: Conclusion1: The brain generates its own experience of being in a body Part 10c:Conclusion 2: Your brain, not your body, tells you what you're feeling Part 10d: Conclusion 3: The brain's sense of "Self" can INclude missing parts, or EXclude actual parts, of the biological body Part 10e: The neural network that both comprises and moves "Self" is (only)modified by sensory experience

Part 14: Side trip out to the periphery! Part 14b: Prevention of pain neurotags is WAY easier than cure Part 14c: PW Nathan was an interesting pain researcher  Part 14d: Brain glia are from neuroectoderm and PNS glia are from neural crest Part 14e: The stars in our headsPart 14f: Gleeful about glia Part 14g: ERKs and MAPKs and pain Part 14h: glia-fication of nociceptive input 14i: molecular mediators large and small Part 14j: Neurons, calling glia (over, do you read?) Part 14k: Glia calling glia, over. Do you read? Part 14l: satellite cell and neuron cell body interactions, and we're outta here!

Part 15: Prevention of neurobiological hoarding behaviour by dorsal horn and DRG glia is easier than clutter-busting after the fact

Part 16: Apples are to fruit as cows are to animals as nociceptive input is to pain