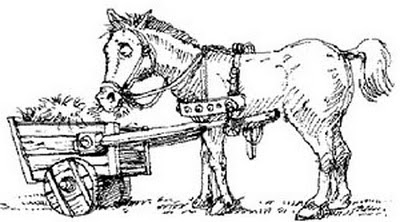 I had a chance last weekend to travel to Saskatoon and visit the PT school there for a few days, talk with a few of the profs, plan a tentative future. My (not very) lofty goal is to somehow gain permission to dissect, photograph and map out, in broad visual terms, the extensive forest of rami that project out to skin from the numerous cutaneous nerves that run along parallel to and beneath skin - even if I have to suck it up and do a Master's. My friend Angela, who characterizes herself as an obstacle remover, has been extraordinarily kind and generous with her time and hospitality toward me. She and I have completed a research project together, yet to be written up.

Everyone was kind, lent me their ear, but the impression I have come away with is that there is an invisible wall I could sense, that I may never be able to unlock, between what my profession has turned itself into, and what I think it could be.

Take, for example, the nervous system.

I had an opportunity to sit in on a two-hour neuroanatomy lecture, with permission; it occurred to me that these first-year students are getting more information handed to them in one day than I ever did in a year. In the space of two hours, the lecturer covered the embryological origin of the brainstem, its organization, an intro to each of the nuclei within it, all the spinal cord tracts that move rostrally through it and descend through it, the medulla, the cranial nerves and what each does and how each can be affected by traumatic head bangs, the branchial arches and neural crest, and which muscles were formed from which arch, and which cranial nerve was associated with each arch. It's a lot for first-year students, probably.

My question is, Why should they care? How hard would it have been to put an overall frame around that headfacethroatbrain zone, as neurological core sensor, effector, consciousness producer, and (according to some, like Jaak Panksepp, emotion initiator), plus metabolic engine for the entire organism, breathing and swallowing, able to operate bi-directionally?

The prof was kind enough to meet with me for an hour or so following. My impression was that the only real teaching he does regarding the peripheral nervous system is that it is segmented, each spinal nerve innervates all the stuff coming from a particular segment, and that the main important thing about its role in the body is that there are muscle spindles and sympathetics. Other than C fibers and A deltas, the sensory aspect was irrelevant to him, it seemed.

While all that is true, there is so much more to it than that!

But I was reminded yet again, about how physiotherapy, in order to gain permission to evolve as a profession, pretty much focused its awareness of neural matters entirely around motor output, and has been stuck there ever since, child as it is of the greater touch-phobic society into which it is embedded. We are licensed to touch people, but we are not permitted, it would seem, to examine, comprehend, conceptualize or even be taught anything about how our touching might be an interactive source of brain food for the recipient brain. Too .... sexy or something, maybe. Thar be monsters, or something. This potential pitfall could easily be bridged by a single class in transference/counter-transference, a standard issue that must be dealt with up front by the psychoanalytic community. Why let it remain in the subconscious of my whole profession? Why not deal with it up front? A preemptive strike? Forewarned is forearmed.

The profession has structured itself entirely around motor output, and a gaping void exists where understanding of how the brain and PNS reads and responds to kinesthetic input should be. To be fair, it was probably easier in the beginning to follow Cartesian divisions - you bunch of therapists go deal with the mind, and us, we'll stick with the body. Neuroscience has put this idea into total eclipse: there is no separation whatsoever.

Yet, emphasis on the INput side of the nervous system, and learning to understand it, is precisely, according to me, where becoming not just a good therapist, but a great therapist, lies. These are totally uncharted waters for our profession. We could be great therapists if we hadn't got our conceptual trajectory exactly backwards. We have been looking in through the wrong end of the telescope, all along. But we no longer have any excuse for continuing to do that. Not if we look at what neuroscience can tell us about ourselves in a body, and about ourselves treating other embodied people. Other humanantigravitysuits. (We DO have that word "therapist" in our name, not just the word "physical"...)

I'm doing my very best, but may never succeed in making a big enough noise about it to be able to make any difference in the status quo whatsoever. I have to realize this yet not allow it to defeat me.

Oh yeah, he's also an OMPT. Forgot to mention that.
Posted by Diane Jacobs at 6:08 AM